We discuss what are Sustainable Development Goals and who needs to know?

All of the United Nations Member States have adopted the 2030 Agenda for Sustainable Development, which provides a shared blueprint for peace and prosperity for people and the planet, now and into the future. The 17 Sustainable Development Goals (SDGs), which are an urgent call for action by all countries – developed and developing – in a global partnership. They recognize that ending poverty and other deprivations must go hand-in-hand with strategies that improve health and education, reduce inequality, and spur economic growth – all while tackling Climate Change and working to preserve our oceans and forests.

Data is being collected for the obvious signs of sustainable development by World Population Growth, Life Expectancy, Child Mortality, Future Population Growth, Fertility Rate but also other indicators such as Trust and Optimism & Pessimism in culture and Homelessness, Child Labour and Happiness and Life Satisfaction, too.

Why are they important?

The 2018 Report found that conflict and Climate Change were major contributing factors leading to growing numbers of people facing hunger and forced displacement, as well as preventing progress towards universal access to basic services such as water and sanitation. You can’t create a sustainable water system in a war zone. Access to clean water is vital espcially for vulnerable sectors of society such as the very young and the very old. 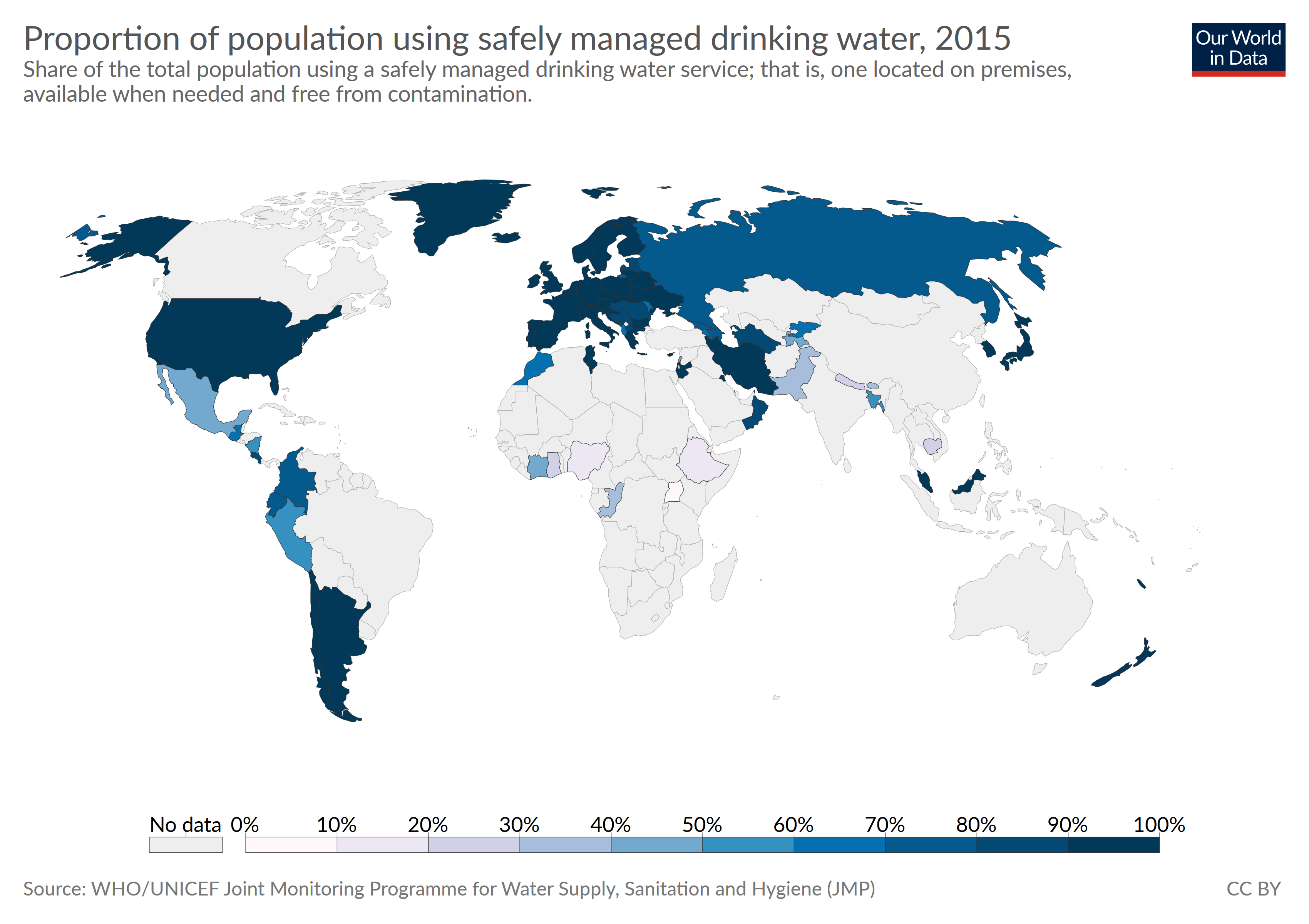 What has the progress been?

Conflict is now one of the main drivers of food insecurity in 18 countries, bar Climate Change. Billions are being spent on repairing homes and infrastructure after a hurricane or flooding incidents. In 2017, the world experienced the costliest North Atlantic hurricane season on record, driving the global economic losses attributed to the disasters to over $300 billion.

However, more people are leading better lives than they were just a decade ago. The proportion of the world’s workers living with their families on less than 1.90 per person a day declined significantly over the past two decades, falling from 26.9 per cent in 2000 to 9.2 per cent in 2017.
The under-five mortality rate dropped by almost 50 per cent and in the least developed countries, the proportion of population with access to electricity has more than doubled between 2000 and 2016. However, in 2015, 2.3 billion people still lacked even a basic level of sanitation service and 892 million people continued to practice open defecation.

As the global community moves forward to achieve the SDGs and address existing challenges, reliable, timely, accessible and disaggregated data is critically needed. This requires technology and innovation, increased resources and political commitment to build strong data and statistical systems in all countries.

What can you do to help?

“…Narrow the gaps. Bridge the divides. Rebuild trust by bringing people together around common goals. Unity is our path. Our future depends on it.” – António Guterres, Secretary-General of the United Nations

Start to collect your own data. Work with colleagues to ensure that SDGs are part of your workplace processes and policies. Join a local group such as TransitionTowns. Support an international organisation such as Greenpeace. Think about how can you be more sustainable at home, at work or at school. As Climate Change compounds year-on-year, a direct international crisis to many people around the world, we must treat it as one.

Reduce, reuse, recycle is not going to cut it any more, we need to have a fundamental shift in thinking to make sure we are making the best use of the assets we have and to limit the damage we are inflicting on the natural ecosystem that we depend on to survive. Conflict and Climate Change are the biggest threats to humanity today and we all must try to mitagate these threats at all costs.

Malala Yousafzai has stood up to the Taliban and fought for girls to have a right to education. Greta Thunberg is raising awareness of Climate Change and encouraging peaceful protest by school-children around the world. Extinction Rebellion are demonstrating in the capital’s streets asking politicians to take urgent notice of Climate Change and take action immediately. We must all play our part to avoid catastrophic Climate Change within a generation. Whatever institution you belong to we must all play our part. Start small and aim high. Help make #GlobalGoals a reality!